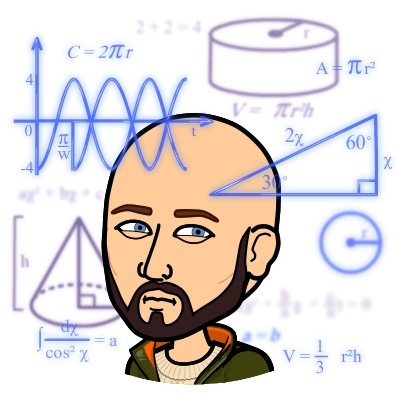 The full code is available on Github.

Hyperparameter tuning is an important step for maximizing the performance of a model. Several Python packages have been developed specifically for this purpose. Scikit-learn provides a few options, GridSearchCV and RandomizedSearchCV being two of the more popular options. Outside of scikit-learn, the Optunity, Spearmint and hyperopt packages are all designed for optimization. In this post, I will focus on the hyperopt package which provides algorithms that are able to outperform randomized search and can find results comparable to a grid search while fitting substantially less models.

The IMBD movie review sentiment classification problem will be used as an illustrative example. This dataset appears in a Kaggle tutorial Bag of Words Meets Bags of Popcorn. The purpose of this post is not to achieve record breaking performance for this classification model; many people have already taken care of that (see the Kaggle discussion). Instead, I will discuss how you can use the hyperopt package to automate the hyperparamter tuning process. The ideas here are not limited to models built using scikit-learn, they can easily be adapted to any optimization problem. For models built with scikit-learn, hyperopt provides a packaged called hyperopt-sklearn that is designed to work with scikit-learn models. I will not be discussing this package here, rather I will work with the base hyperopt package which allows greater flexibility.

The model I will use is a fairly simple model for text classification consisting of building a term frequency–inverse document frequency (TF-IDF) matrix from the corpus of training texts, then training the SGDClassifier from scikit-learn with modified-huber loss on the corpus. The scoring metric I will use to evaluate the performance of the model is the area under the receiver operating characteristic curve (ROC AUC) as this is used in the Kaggle tutorial. Training this model with the default hyperparameters already provides a good result with an AUC score of 0.9519 on the test data. Using the procedure that follows I was able to improve the performance to an AUC score of 0.9621.

The data for this tutorial can be downloaded from the Kaggle tutorial here. You should download the labeledTrainData.tsv.zip and testData.tsv.zip files. The unlabeled data will not be used.

First, we need to load our data into a Pandas dataframe and add columns for the score (the rating of the review out of 10) and for the class (1 for positive, and 0 for negative). The test data will be sorted by class, this will be needed later when plotting the ROC curve.

The next step in any text classification problem is cleaning the documents.

When we build the model later the TfidfVectorizer in sklearn.feature_extraction.text will be used to construct a TF-IDF matrix. This function is able to do the preprocessing of the text, I avoid doing that here because the TF-IDF matrix will need to be reconstructed for each iteration of the hyperparamter tuning process. By processing the documents before building the TF-IDF matrix we will avoid repeating this work.

Finally, we separate the reviews and their classes into separate numpy arrays.

Now that the data is cleaned, we can begin building the model. The model will consist of 3 parts:

The SGDClassifier will use modified-huber loss with an elasticnet penalty. The elasticnet penalty will allow a convex combination of L1 and L2 penalties. The SGDClassifier has a hyperparameter called l1_ratio that controls how much the L1 penalty is used. This will be one of the hyperparamters that will be tuned. This will allow the hyperparamter tuning to select between using L1 or L2 penalty or a combination of the two.

A pipeline will be used to make fitting and testing the model easier.

We are now ready to set up hyperopt to optimize the ROC AUC. hyperopt works by minimizing an objective function and sampling parameter values from various distributions. Since the goal is to maximize the AUC score, we will have hyperopt minimize $1 - \text{AUC}$.

Here we will tune 8 hyperparamters:

hyperopt provides several functions for defining various distributions. A full list can be found here. Each hyperparameter is sampled from a distribution. To define the parameter space a dictionary is used where they keys start with the name of the function in the pipeline, followed by a double underscore, then the name of the hyperparameter for that function. This allows us to use the set_params function of the pipeline easily. Each of the functions in hyperopt also requires a name, I have used the same names for simplicity.

I will note that I am using several of the variables as global variables here. There are a few ways to avoid this, you could either reload the data each time the objective function is called, or you could use a generator so the function loads the data once. When I initially drafted the code for this article I used a generator, although things became more complicated than I wanted for the tutorial as hyperopt will not work with generators. You can make hyperopt work with generators by setting up a simple producer-consumer model between two functions, one which sends new hyperparameter values to the consumer, and then returns the new average loss.

We are now ready to use hyperopt to find optimal hyperparameter values. Here I will use the fmin function from hyperopt. I will also use the Trials object to store information about each iteration. This is useful for processing the information from each iteration afterwards. Here I have set it to run for 10 iterations for illustrative purposes.

After hyperopt is done, you can train the model using the entire training set and test it on the test data. Note the use of the space_eval function. You must use this to get the optimal hyperparameter values. The best dictionary might look like it contains parameters, but it simply contains the encoding used by hyperopt to get the parameter values from the space dictionary.